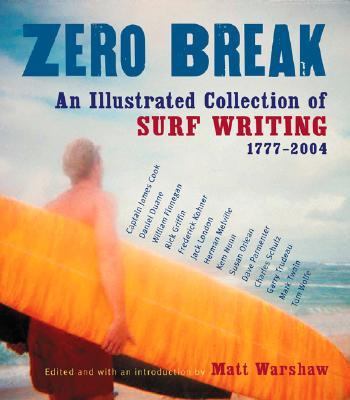 THE MOST SUPREME PLEASURE: Surfing Introduced Surfing bibliophiles are at this very moment lining bookshelves with protective sheets of plasticizer-free polyester, trolling online for first editions of Hawaiian Surfboard and You Should Have Been Here an Hour Ago, and gently sniff-testing the pages of old favorites for cursed mildew. Happy on the beach, happy in the library. This is a different breed of surfer. But even the most devoted surf-world bookworm will admit that the sport is shown to best effect in visual form. "Surfing is so photogenic," wrote New York Times film critic Elvis Mitchell in 2003, "it's hard to believe that film wasn't invented just to capture it." True. The sport's emotional range, and much of its history, can be easily arranged into a chronological pastiche of images, from black-and-white National Geographic plates to Kodachrome Surfer magazine covers, vast IMAX panoramas, and downloaded QuickTime video clips. But surfing also had a long precelluloid history, followed by a much shorter period where photography wasn't yet the sport's equal, mechanically or artistically. In the late eighteenth century, the politely amazed surf-related entries from CAPTAIN JAMES COOK's seafaring voyages were published without illustration, as was HERMAN MELVILLE's brief but captivated take on the sport in 1849's Mardi. MARK TWAIN's self-deprecating paragraph on surfing, from 1872's Roughing It, is accompanied by a pair of line drawings, but the real attraction is Twain's sauntering wordplay. All three pieces are short-surfing before the twentieth century was never more than a curiosity to nonsurfers. But notes of color and feeling did get transmitted and they arrived in well-crafted words, phrases, and sentences, not photographs or film clips. JACK LONDON was the first well-known writer to really take surfing on as a literary assignment, after he tried "surf-riding" while visiting Waikiki in 1907. "A Royal Sport," London's 4,000-word essay, was illustrated with surfing action photographs, but the waves shown are small and gentle, and the images are reproduced on the page as near miniatures. London's prose is meanwhile nothing but oversize as he trumpets the sport's thrills and dangers, adjectives landing like cymbal shots, with waves variously described as "mighty monsters," "bull-mouth breakers," and "great smoking combers." London's voice echoed across the next forty years of surf writing, while the sport was exported from Hawaii to the Americas and Australia, and presented as an attractive new form of daredevilry. A surfing philosophy of sorts emerged after World War II as surfers turned their sunburned backs on the hardworking postwar prosperity, and instead put value on time spent in the water or lounging on the beach. The new surfers were younger and more insolent than those of the prewar generation, and by the time Czech-born screenwriter FREDERICK KOHNER reintroduced the sport to the reading public in 1957 with his debut novel Gidget, beachfront city councils were moving against "surfing hooliganism" with no-surf zones, surfboard licensing fees, and other small but annoying legislative acts. Kohner also thought surfers were coarse and reckless, but he dug their easy-rolling style, and honored the magnetic attraction of a warm beach met by a pulsing summer swell. Gidget has no shortage of babble and froth. But that's not a bad thing if you've set out to capture the rampantly stoked voice of a fifteen-year-old girl "in love with a surfboard," and this slender book holds up nicely as the first modern piece of surf fiction. Captain James Cook Excerpt from a voyage to the pacific ocean The first published accounts of surfing are found in A Voyage to the Pacific Ocean, a popular four-volume set of books originally published in 1784 that describe the final voyage of celebrated British sea captain and navigator James Cook (1Warshaw, Matt is the author of 'Zero Break An Illustrated Collection of Surf Writing, 1777-2004', published 2004 under ISBN 9780156029537 and ISBN 0156029537.