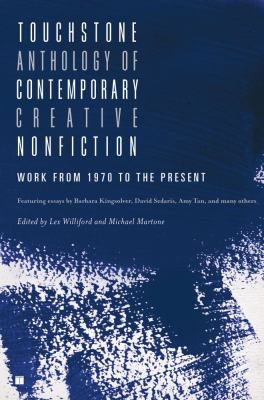 Introduction Scott Russell Sanders There is a kind of writing that begins from the impulse to make things up, to invent a situation and see how it unfolds, to create characters and see what they do. Since around 1600, such writing has been called fiction, from a Latin root meaning "to feign" or "to counterfeit." In making fiction, the writer freely goes wherever imagination leads. The only requirement is that the counterfeit be sufficiently compelling to engage the reader's attention from the first line to the last. Writing may also begin from a contrary impulse, not to make things up, but to record and examine something the writer has actually witnessed, lived through, learned about, or pondered. Such writing can range from history and philosophy to manifestos and memoirs, from the formality of footnoted tomes to the pizzazz of slangy blogs. What all such writing has in common is faithfulness to some reality that the writer did not invent -- to a shared history, to real people, to actual events, to places one can visit, to facts one can check. For better or worse, this wildly diverse range of writing has come to be called, by contrast with the freely invented kind, nonfiction. Dividing the realm of prose literature into fiction and nonfiction is clumsy at best, rather like dividing the realm of animals into birds and nonbirds. It might be technically correct to describe giraff es and june bugs as nonbirds, but it would not tell us anything about giraff es or june bugs, or birds. Nor is it useful to lump together a four-volume saga of the Crusades and a four-page celebration of croissants under the single label of nonfi ction. Judging from the earliest citations of the word in theOxford English Dictionary, the label was imposed by nineteenth-century librarians, who began dividing their books into the twin categories of fiction and nonfi ction (originally with a hyphen). I suspect they did so, at least in America, to emphasize the portion of a library's holdings that were solid, sober, useful, uplifting, and, above all, true, such as encyclopedias and repair manuals and religious tracts, as opposed to the romances, poetry, mysteries, fantasies, westerns, pirate adventures, thrillers, dime novels, and other frivolous books that wasted readers' time and corrupted youth and made no mill wheels turn. Whatever the origins of the nonfi ction label, the publishers soon picked it up, and then so did bookstores, critics, and teachers, and now, clumsy though it may be, we are stuck with it. One virtue of the term is that the sly little prefixnon-implies a promise -- that such literature is neither feigned nor counterfeit; it is answerable not merely to the writer's imagination but to a world beyond the page, a world that precedes and surrounds and outlasts the act of writing. Of course, these two contrary impulses -- to freely invent a world or to report on the actual world -- rarely exist in pure form. Fiction must draw on the familiar world if it is to be comprehensible, and nonfi ction must draw on the writer's imagination if it is to come alive. Ask a roomful of writers how far a work may be shaped by imagination before it no longer deserves to be called nonfiction, and you'll receive a roomful of answers. Most likely all will agree on the necessity of choosing, from the myriad of possible details, those that are essential to the story and leaving out the rest; many writers will accept the filling-in of memory's blank spaces with vivid details; some will permit the merging of incidents or characters to streamline the account; and a few will claim the right to add, drop, change, or invent anything that enlivens the work. While we may debate where the line should be drawn, at some point along that spectrum, nonfi ction gives way to fi ction. When a writer crosses over the line and still claims to be off ering nonfiction, it's usually for the sake of selling moreWilliford, Lex is the author of 'Touchstone Anthology of Contemporary Creative Nonfiction Work from 1970 to the Present', published 2007 under ISBN 9781416531746 and ISBN 1416531742.