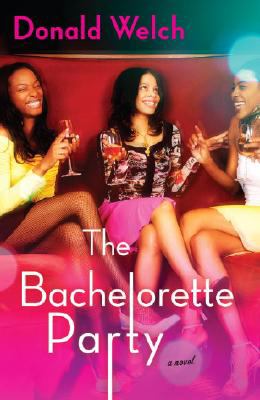 One I Can See Clearly Now Nicole woke from her dream, her beautiful dream. Rocky was calling from Zenora's salon. Oh, shit. I overslept, she thought. What time is it? "It's ten fifteen, Nicole. Your appointment was" Nicole cut Rocky off before he finished, "Ten o'clock. I know. Tell Z I'll be there in twenty. Okay, gotta go." In three moves, Nicole hung up, sprang out of bed, and jumped in the shower. Her head was killing her. What the hell was that dream about? Jesus! Nerves must have gotten the best of me before my wedding day tomorrow, Nicole thought to herself. Is that alarm clock working? As the hot water cascaded down her face and body, she glanced at her feet. "Oh, shit!" she yelled. She forgot to add a pedicure to today's appointment. She ran into her large walk-in closet, which housed more than 250 pairs of shoes and enough clothes (some with tags still on them) to open a small boutique. Nicole's shoes were arranged neatly on wooden racks, and her clothes were hung according to season and color. She quickly grabbed her favorite Gap jeans and paired it with a Roberto Cavalli jacket. She may be late, but she was going to be fierce. The drive to Zenora's was quick, and all the traffic lights worked in Nicole's favor. Nicole couldn't stop analyzing that dream. Why was Tisha late for the ceremony and sitting in the corner of the church? Why was Keisha holding Kimmy? Her mind searched for some type of explanation. Nicole had almost reached the shop when her cell rang, but she didn't answer it, because she figured it was probably Zenora ready to curse her out for being late and for not taking her suggestion to make the appointment on Thursday. Going to a black salon on Friday or Saturday, no matter how early you got there, usually turned into an all-day affair. Luckily, Nicole found a parking space right in front of the shop. She prepared herself to apologize to Z for her lateness and plead with her for a pedicure on the busiest day at the salon, hoping Z would be sympathetic. Nicole rushed through the front door and was greeted by Marcella, Zenora's receptionist, who was seated behind a fuchsia-and-white counter that reflected the decor of the salon. Activity was bustling at every station. Marcella smiled and said, "Hello, Nicole." Nicole returned the greeting as Marcella checked her in by first bringing up her data on the salon's computer database, including operator, treatment, and appointment. She then handed Nicole a fuchsia-colored smock and escorted her to a changing area. Nicole looked around, proud of all her girl had accomplished. Everything Zenora touched turned to gold, and this salon was evidence of that. Women were pampered at Zenora's like you wouldn't believe. Z's staff of fourteen attended to their clients' every need. Weaves, braids, more weaves, shampoos, more weaves, color and tint jobs, perms, manicures, facials, and more weaves! There were eight stations and a luxurious waiting area near the receptionist's desk. Each station was adorned with professional artwork. Hardwood floors gave the salon a showroom flourish. Those scheduled for facials and waxings were escorted to a private room for service. Behind the desk display cases offered top-of-the-line beauty products, from mink eyelashes to luxury foot cream to a new line that Z imported from Italy, which was bringing in even more clients just for the products. Nicole blushed as she thought of the imported lemon bath gelit drove Alan wild when they showered together with it. There was only one thing Z didn't tolerate, and that was laWelch, Donald is the author of 'The Bachelorette Party' with ISBN 9780345501615 and ISBN 0345501616.