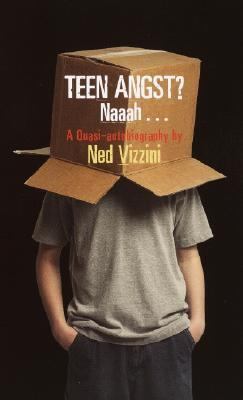 *denotes sidebar on page (noted in bold) Nintendo Saved Me Yesterday, on a strange, sudden urge, I hooked up my old Nintendo.* Not the Super NES. The original, spawn-of-the-eighties, from-Japan-with-love, eight-bit Nintendo Entertainment System. It had been lying in a closet for years and was dusty and tough to get working. But when I plugged it in and hit that power button, I was back in 1990 on the day we bought it. We went on a Saturday morning after Christmas--my parents always waited for the January sales. Around 8:00 a.m., Dad loaded my six-year-old brother Daniel and me into our van. Our family never had a car, always a van, with two backseats so Daniel and I could space out and not kill each other. Dad was convinced that Nintendos would be cheaper in New Jersey. He thought everything was cheaper and better in New Jersey, probably because he was born there, in Trenton, which he called "God's Country." We drove to Child World, one of those industrial-sized Toys 'R' Us look-alikes--silent and frigid as a hospital. We headed to the electronics aisle, pulled a Nintendo off the shelf, paid the pimply cashier one hundred dollars (exactly what we would have paid in Manhattan), and drove back to Brooklyn.** *I had to do that whole Nintendo player's ritual: I blew in the machine until I hyperventilated. I snapped in the game cartridges. I even cleaned the games with Q-tipsand alcohol. It took an hour to finish the job. **I lived in an apartment building in Brooklyn from ages seven to eighteen.It was a nice place, but in those eleven years, our family demolished everything: the walls had holes, the beds fell apart, and an electric pencil sharpener in the kitchen somehow became controlled by a dimmer-switch in the hall. We triumphantly stomped through the front door, shaking snow off our boots. Mom was in the kitchen having breakfast with my sister Nora. Nora was almost three. She sat on Mom's lap, drank juice from a cup, and scribbled all over The New York Times while Mom did the crossword puzzle. Mom loves the Times crossword puzzles, especially the ones on Saturday, which are always hardest.* Whenever she finishes one, she writes, "100 percent Yea Mom" in the margins. It's her thing. "Daddy's home!" Nora said, jumping out of Mom's lap and hugging Dad's legs. "What is it?" she asked, eagerly looking at the Nintendo box. I held it over my head so she couldn't touch it. "Jim?" Mom asked from the kitchen, not looking up from her crossword. "You might know this. Ah, Russian river . . ." "Ob? Volga?" "Volga looks good." Mom penciled in the word. (Later on, when she got even better at crosswords, she'd do them in pen.) "It might not be right, though . . . we'll see. Nora, come back here and finish your juice!" But now Nora was intrigued. She wanted to know what was in that shiny box. I carried the Nintendo to the living room, sat on the floor, and ravenously tore off all the packaging. Daniel helped. Nora tried to help, but we pushed her away, so she sat on the couch with her stuffed animals.** Even before she was two, my sister had invented an entire universe of stuffed animals. There were dozens--penguins, dolphins, rabbits--and they all had names that ended in ee: Pinky, Yellowy, Mazie, Popsy. They sat on the couch in silent witness as Dad came in, took off his shoes, and announced that he would now assemble the Nintendo. This required his full concentration, so he told Daniel and me to go play. Hopeful and extremely obedient, for once, we sat on the couch with Nora as Dad connected wires. Within ten minutes, he had the thing working. Dad was a wizard back then. "I got first game!" Daniel and I yelled simultaneously. I got it, of course. I was the oldest,*** and the oldest brothers get everything--that's why we're rackedVizzini, Ned is the author of 'Teen Angst? Naaah...', published 2002 under ISBN 9780440237679 and ISBN 044023767X.

6 from $0.51
Loading marketplace prices 6 copies from $0.51 How does the rental process work?
View more