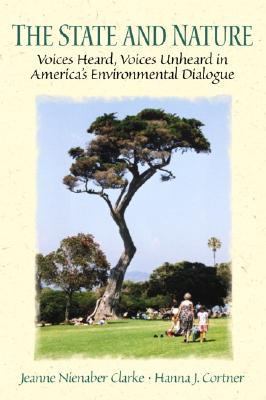 The State and Naturetraces a two-hundred year history of environmental policy, broadly conceived, in the United States. It does this through a selection of original readings, accompanied by substantial editorial comments designed to make explicit the link between the readings and what was occurring in the country at the time of the writings. The readings have been selected in this manner: First, we relate intellectual thought with political action. A basic premise is that ideas matter in politics and policy making, although there may well be a substantial time differential between the occurrence of an idea and its application in the public sector. Further, it is usually a case of accretion; it takes a number of writings, over time, on a given subject before politicians and policy makers take notice and act. Second, the selection of readings is premised on the belief that a fundamental relationship exists between the state, its political institutions and processes, and the natural environment in which it is, literally, grounded. To put it another way, physical space and political space are interconnected, although not in a narrow, deterministic manner. Most physical locations allow for the appearance of a rather wide array of social organizations. But clearly such basic natural phenomena as mountains, coast lines, rivers, degree of rainfall, nature of soil, and so forth, act as constraints on economic, political, and social behavior. In the opposite direction, the impact of the state on its natural underpinnings also can vary extensively. A society's footprints can leave traces on nature that range from negligible to destructive. Third, the readings have been selected to provide a historical dimension to understanding contemporary environmental politics. This, we believe, is essential: History matters. Exploring Thomas Jefferson's philosophy about democracy and human connections does more than shed light on the personality of one of the founding fathers and the nation's third president: Jefferson's land policies shaped the nation. His exaltations of the virtues of the yeoman farmer are embedded in American political consciousness; the image of the small family farm is the referent that frames many issues even as farming and ranching wear a more corporate face. And today in public meetings and ad-hoc community forums around the country, citizens can be heard debating the merits of Jefferson's ideal of participatory democracy versus Madison's representative republic, as they grapple with the challenge of designing new approaches and new institutions for resolving resource-management conflicts. Moreover, many modern debates have antecedents in historical debates. Yesterday's debate about dam construction on the Snake River is today's debate about dam removal. Today's debate over teaching evolution versus the biblical version of creation has deep roots in prior social and legal battles about the roles of science and religion in American life. The existing framework of environmental policy--including laws, administrative organizations, interest groups, public attitudes and behavior, and the roles of science, ethics, and economics--can thus only be understood fully by examining its evolution. For example, virtually all informed commentary on the current political situation notes how extremely difficult it is to get anything done. Frustration is endemic, as is apathy among a large number of citizens. Adjectives such as gridlock, deadlock, stalemate, and status quo are used to characterize current policy making. Why? A major reason is that America, since the New Deal of the 1930s, has witnessed an explosion in interest group formation and its attendant lobbying (Lowi 1979; Berry 1989, 1999; Clarke and McCool 1996). This has occurred at all levels of government, from the local to the transnational. In one sense, such an increase in political action can be viewed as an indicator ofCortner, Hanna J. is the author of 'State and Nature Voices Heard, Voices Unheard in America's Environmental Dialogue', published 2001 under ISBN 9780130289087 and ISBN 0130289086.