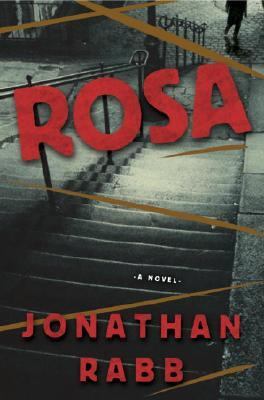 ONE 1919 Berlin in December, to those who know her, is like no other place. The first snows take on a permanence, and the wide avenues from Charlottenburg to the Rondell breathe with a crispness of Prussian winter. It is a time when little boys drag their mothers away from the well-dressed windows at KaDeWe or Wertheim's or the elegant teas at the Hotel Adlon and out to the Tiergarten and the wondrous row of marble emperors along the Siegesallee. Just as dusk settles, as the last flurries of the day swirl through the leafless trees, you can steal a glimpse of any number of little eyes peering up, hoping, just this once, to catch a stony wink from an Albrecht the Bear, or a Friedrich of Nuremberg with his large ears and dour expression. Just a wink through the snow to tell him that Christmas will be kind to him this year. "There, Mama, did you see! Do you see how he winked at me!" And the pride that next morning, bundled up beyond measure, racing out from his fine house on Belziger or Wartburg Strasse to tell his friends of his triumph. "Yes, me, too! Me, too!" Berlin in December. This, however, was January, when the snow had turned to endless drizzle, so raw that it seemed to penetrate even the heaviest of layers. And whatever civility they might still be clinging to elsewhere, here on the east side of town, all the way up to the flophouses in Prenzlauer Berg, people had little time or patience for such gestures. Christmas had brought nothing, except perhaps the truth about how the war had been lost long before the summer, how the generals had been flimflamming them all the way up to the November capitulation. Oh, and of course, the revolution. Christmas had brought that, a thoroughly German revolution, with documents in triplicate, cries from the balconies, demonstrations and parades, tea still at four o'clock, dinner at seven, and perhaps a little dancing afterward up at the White Mouse or Maxim's. Shots had been fired, naturally, a few hundred were dead, but the socialistsnot the real socialists, mind youwere straightening everything up. Still, it was the weather that had most people on edge. The rain just wasn't giving in, and it was why Nikolai Hoffner, rather than waiting out on the tundral expanse of the Rosenthaler Platz, had snuck off to Rucker's bar for something warm to drink. Years of experience had told him that nothing of any significance was going to happen today: later on, he would come to regret that arrogance. So, with a knowing smile, he had left the ever-eager Hans Fichte up on the square; at the first sign of trouble, Fichte knew where to find him. Hoffner sat with a brandy ("I'd walk a mile for Mampe's brandy, it makes you feel so hale and dandy!"), the early edition of the BZ am Mittag in front of him. He had not sat like this in weeks, a quiet read to clear the mind. And not because of the nonsense that had been going on out at the stables, or up at the Reichstag: all the pretty uniformed men had managed to disrupt traffic too many times, now, to recount. No, Hoffner had been up to his ears in real violence, genuine terror, hardly the kind plotted in Red pamphlets or designed in back rooms by overfed burghers calling themselves socialists. They played at revolution; he knew another kind. But for todayorders from on highhe was told to leave that alone and join the rest of his breed in the streets to make sure "nothing untoward" would come to pass. Hoffner finished off the last of his drink and nodded to the barman to bring him another. As he was one of only three people in the placea man at a corner table, his head tilted back against the wall, his mouth gaped open in sleep; a woman with a beer and bread, her business at one of the nearby hotels temporarily interruptedthe service was unusually prompt. TheRabb, Jonathan is the author of 'Rosa', published 2005 under ISBN 9781400049219 and ISBN 1400049210.