Regional Geography of the United States and Canada 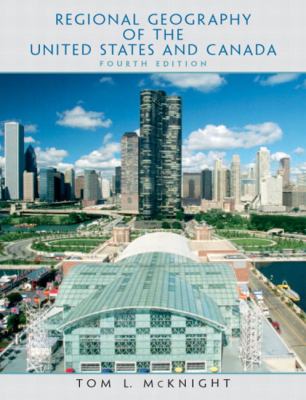 Regional geography has recently passed through a period of relative disfavor. Its critics, encouraged by the quantitative revolution in many fields of learning, including geography, have found fault with its alleged lack of precision and methodological rigor. This is not the place to debate such charges, but the author of this book is a strong adherent to the conviction that regional geography meets a basic need in furthering an understanding of Earth's surface and that no surrogate has yet been devised to replace it. The complexities of human life on Earth are much too vast and intricate to be explained by multivariate analysis and related mathematical and model-building techniques. Such models may be useful, but any real understanding of people and their earthly habitat requires that words, phrases, images, diagrams, graphs, and especially maps be used in meaningful combination. Conceptualization and delimitation of regions critical exercises in geographic thinking, and the description and analysis of such regions continue as a central theme in the discipline of geography; some would call it the essence of the field. It is a fundamental belief of the author that a basic goal of geography is landscape appreciation in the broad sense of both words, that is, an understanding of everything that one can see, hear, and smell-both actually and vicariously-in human-kind's zone of living on Earth. In this book, then, there is heavy emphasis on landscape description and interpretation, including its sequential development. The flowering of civilization in North America is partly a reflection of the degree to which people have levied tribute against natural resources in particular and the environment in general. From the Atlantic to the Pacific and from the Arctic ' to the Gulf, people have been destroyers of nature, even as they have been builders of civilizations. Over-crowding of population and overconsumption of material goods have now become so pervasive that reassessment of goals and priorities--by institutions as well as by individuals--is widespread. Reaction to environmental despoliation is strongly developed, and ecological concerns are beginning to override economic considerations in many cases. In keeping with such reaction, environmental and ecologic issues are frequently discussed in this book. Canada and the United States have a common heritage and have been moving toward similar goals. These factors, along with geographical contiguity and the binational influence of mass media, have produced both commonality of culture and mutual interdependence. Nevertheless, there are clear-cut distinctions between the two countries, and there is a particular concern among many Canadians to define a national character that is separate from both psychological and economic domination of the United States. These national interests and concerns, however, do not mask the fact that the geographical "grain" of the continent often trends north-south rather than east-west; thus, several of the regions delimited in this book cross the international border to encompass parts of both countries. A renewal of interest in regional geography has become apparent, and nowhere is this more clearly shown than in the increase in publications dealing with aspects of the regional geography of the United States and Canada. There are more journals and more journal articles, and special publications of great significance have appeared. Perhaps most important, the output of state, provincial, regional, and city atlases continues unabated. The chapter-end bibliographies of this book are overflowing with references to useful recent publications; indeed, the bibliographies could easily have been expanded severalfold. This volume is based significantly on its long-established predecessor,Regional Geography of Anglo-America,which flourished through six editions, beginning in 1943, with C. Langdon White anMcKnight, Tom L. is the author of 'Regional Geography of the United States and Canada', published 2004 under ISBN 9780131014732 and ISBN 0131014730.