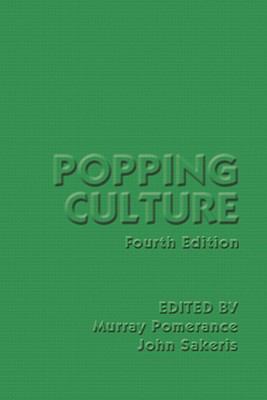 Long popular with students who have used it,Popping Culturepresents a compilation of articles dealing with current issues in popular culture, including media violence, sexuality, social inequality, racism, and war. Some of the leading theorists in cultural studies today, including Stuart Ewen, Mark Crispin Miller, William Hoynes, and Henry Giroux among others, take on these subjects with a critical perspective aimed at "popping" the conceptual bubbles that surround them. The essays inPopping Culturepresent widely varied examinations of an array of topics in film and television, including the rise of international media conglomerates, television news, reality television, and movies likeAmerican Psycho, Clueless, Good Will Hunting,Hot Boys, Men in Black, Starship Troopers,andYou've Got Mail. The articles are organized around central themes and issues in popular culture today:social class,gender,violence,ideology, andrace. Race,a central lens through which people experience the world, often in ways we don't consider, is studied in various contexts from rap music to filmic depictions of apartheid. Socialclass,perhaps the least thoroughly analyzed aspect of popular culture despite its pervasive presence, is examined in articles touching on sexuality, intelligence, and popular mythology. Gender,another defining variable in the production and consumption of popular entertainment, appears in essays on virtual sex, romance films, camerawork and the female gaze, and sexual orientation. Violence, most obviously in the war in Iraq but in all forms of popular culture over the long term, is a topic of enduring relevance covered in articles on reality television and news portrayals of war and the terrorist threat. Ideologyis a fundamental concept in the study of popular culturespecifically the ideology of consumption; various authors therefore consider popular culture as a purveyor and cultivator of the consumerist logic of "need," whether economic, emotional, chemical, or informational. With its critical examinations of how media messages influence the way people think about the world, form beliefs, and distinguish reality from illusion,Popping Cultureis essential reading for courses on popular culture, mass media and society, and cultural studies in universities and colleges in the U.S. and Canada.Pomerance, Murray is the author of 'Popping Culture ', published 2007 under ISBN 9780536211057 and ISBN 0536211051.