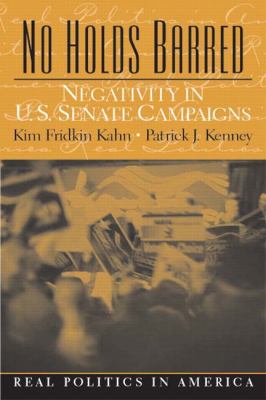 In the world of wrestling, a "no-holds-barred" fight is one in which few, if any, restrictions govern the strategies and tactics used by combatants to subdue opponents. It is nearly impossible to identify the original no-holds-barred contest. However, in 648 B.C., an athletic contest combining boxing and wrestling was introduced in the Olympics. In this contest, called thepancratirum,no holds were barred except biting and gouging (i.e., contestants could not thrust a finger or thumb into an opponent's eye). No-holds-barred contests have survived for centuries. During medieval times, no-holds-barred folk football became popular. Although extremely wild and violent, the game survived well into the nineteenth century in France and Britain, where Renaissance humanist Sir Thomas Elyot condemned the game because it was more likely to injure than to benefit participants. No-holds-barred contests live today. Known colloquially as "ultimate fighting," contests are a combination of wrestling and boxing in which the only holds barred are biting, gouging, and punching the groin. Winners are declared when opponents either are "knocked out" or "submit" by tapping either the mat or the aggressor. Ultimate fighting is a worldwide phenomenon, generally governed by sports organizations, but sometimes not. We consider many political campaigns to be no-holds-barred contests. In these races, there are few restrictions on the content of the campaign messages. It is not unusual for campaign messages to examine candidates' personal lives, including extra-marital affairs, prior drug use, and antiwar activities from an earlier era. Campaigns often delve into present and past financial affairs of the candidates and their families. It is difficult to imagine topics that are "barred" from discussion and debate. Beyond the content of campaign messages, there appear to be few restrictions on the tenor of messages in no-holds-barred contests. Candidates or surrogates, in advertisements or press releases, accuse opponents of lying, stealing, or cheating. The candidates' language, although not profane, is often accusatory, inflammatory, hyperbolic, and ad hominem. Face-to-face exchanges during debates--on television or radio--are often shrill and can be unruly and derogatory. Approximately 40 percent of senatorial campaigns in the United States are hard-hitting contests in which, at times, virtually no holds are barred. The remaining 60 percent are low-key affairs in which incumbents hold commanding leads over inexperienced, unskilled, poorly financed challengers. Senate campaigns, then, vary from vigorous and mean-spirited contests to boring and polite blowouts. These extreme differences in the campaign climate dramatically influence the press reporting of the campaigns and the actions and attitudes of citizens. InNo Holds Barred,we explore the conditions that promote negative campaigning among candidates. We also examine how the tone of candidates' campaigns influences how reporters cover campaigns. Finally, we investigate how the negative information disseminated by the candidates and the press influences citizens' beliefs and behaviors. Fundamentally, we investigate how people react to no-holds-barred contests compared to mundane contests lacking any negative campaigning. We had fun writing this book. We thank Paul Herrnson, the series editor. Paul was immediately interested in the topic. He encouraged us at each step of the process and he read and commented on every chapter. Paul was a joy to work with. We are pleased to be associated with Prentice Hall, and we are grateful to the nice people at Prentice Hall. Heather Shelstad, who was the Senior Acquisitions Editor for political science when our manuscript went into production, was very supportive of the book from its inception. Jessica Drew, Heather's editorial assistant, answered all of our questions quickly, completely, and witKenney, Patrick J. is the author of 'No Holds Barred Negativity in U.S. Senate Campaigns', published 2003 under ISBN 9780130977601 and ISBN 0130977608.