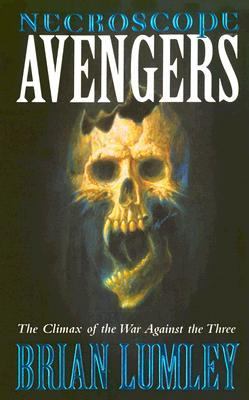 Chapter 1 THE SUN, THE SEA, AND THE DRIFTING DOOM At some 35,000 tons and just over 700 feet from stem to stern, theEvening Starwas a Mediterranean cruise ship without peer. Her eight public decks were all served by elevators, and with her casino, gymnasium, outdoor pools, bars, gift shops, sports deckall the usual amenitiestheStarwas the pride of her line. Of an evening, her 1,400-plus passengers could choose to relax in the Moulin Rouge lounge or the All That Jazz show bar, dance the night away in the Sierra Ballroom, or simply sit and be serenaded, watching the sunset from the panoramic sundeck. This being theStar's last voyage of the season, however, last night had been a little different. A mid-cruise "extravaganza," the extra glitz of its shows and its grand finalea fireworks display from the stern, lighting the Aegean sky with dazzling spirals and brilliant, thunderclap bomb-burstshad been one of the highlights of the voya≥ the locals ashore in Mytilene on the island of Lesbos had enjoyed it as much as the passengers aboard. Add to this cuisine straight out of a gourmet's dream of paradise, and it was easy to see why the onboard partying had gone on and on through the night, and why the run on the champagne locker had seemed unending... But all good things do come to an end. Now...it was early morning of a Monday in October, and in the galley breakfast was being prepared for those who still had the stomach for yet more food, while those who didn't slept off their excesses. A few younger passengers were up and about, making the most of the pools while yet they had them to themselves, and as if emulating their energy a pod of dolphins, like so many silver minisubmarines, played chicken on the bow wave, crisscrossing the prow just beneath a sparkling surface that was so flat calm it might well be a horizon-spanning plate of diamond-etched glass. While the sun had risen no more than half an hour ago, already the deck rails were warm from its rays. Perfect! So thought Purser Bill Galliard where he strolled the main deck for'ard, having risen early to prepare the shore excursion roster for theStar's midday visit to the picturesque island of Limnos Thus far the cruise had gone precisely to plan, without a hitch, and Galliard had wanted to do his bit to ensure things stayed that way. Now that he'd finished with the Limnos documentation, he could take it easy for an hour or so, at least until the bulk of the passengers were astir and those who desired to go ashore were readying themselves for terra firma. Now in the very prow of the ship, forty feet above and forward of the spot where the knifelike stem sliced the water, he leaned on the deck rail and looked out across the vast curve of the ocean. No land in sight, but Galliard came from a long line of deckhands; he knew how quickly land masses could take shape on the horizon, especially in the Aegean, looming up as if from nowhere into cloud-capped mountain ranges. And with the cooling breeze of the vessel's forward motion in his face, and the hiss of parted waters in his ears, he reflected on the trip so far. Most of the passengers were middle-aged, comfortably well-to-do, generally easygoing Brits, and the crew was composed of a British captain, officers and senior stewards, supported by a largely Greek Cypriot body of deckhands, engineers, chefs, and an "international" lineup of entertainers. The passengers had flown out from England to Cyprus, joining the cruise in Limassol. After a week of sailing they would return to Cyprus before flying home. Sailing from Limassol on Thursday evening, theEvening Starhad cruised all day Friday, providing an ideal opportunity for the passLumley, Brian is the author of 'Necroscope Avengers' with ISBN 9780812570199 and ISBN 0812570197.

2 from $9.06
Loading marketplace prices 2 copies from $9.06 How does the rental process work?
View more