Mercy on Trial What It Means to Stop an Execution 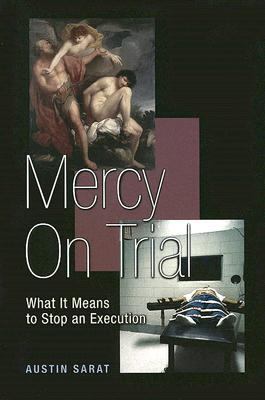 "Today, more than ever, Americans are asking questions about what role, if any, the death penalty should have in modern law enforcement. Professor Sarat makes an important contribution to that debate by demonstrating the essential role of mercy and clemency in the criminal justice system. This thoughtful book should be read by every citizen who cares about the issue, and by every governor and president entrusted with the power to punish or pardon."--Senator Edward M. Kennedy"In a very readable style, Austin Sarat's "Mercy on Trial" contributes mightily to the study of mercy, rehabilitation, redemption, and the complexity of the gubernatorial pardon. This work will help reform our justice system and hasten abolition."--George H. Ryan, former Governor of Illinois"As one of America's preeminent scholars of the history and philosophical underpinnings of capital punishment, Austin Sarat has debunked every myth used to rationalize the death penalty. Now, with the publication of "Mercy on Trial," Professor Sarat explores the jurisprudence and other factors surrounding capital clemency in America. He reminds us that, absent skilled advocacy, innocence offers little protection from state-sanctioned violence. Professor Sarat sends a powerful message to not only the legal community, but to every American who cares about human rights and equal justice under the law."--John D. Podesta, former Chief of Staff to President Clinton and President and CEO, Center for American Progress"Should mercy play a role in a governor's decision to commute a death sentence, to spare a condemned person? The question is important with regard to what kind of society we want to have. We are indebted to AustinSarat for addressing it in "Mercy on Trial" as well as examining Governor George Ryan's commutation of 167 death sentences in Illinois in 2003, the decline of clemency as a result of the 'tough on crime' politics of our time, and the legal, historical, and philosophical aspects of the clemency power. This book is essential reading for anyone who wants to understand executive clemency in the United States."--Stephen B. Bright, Director, Southern Center for Human Rights"Professor Austin Sarat has written a compelling, comprehensive, and persuasive book on mercy and the death penalty--a must-read for anyone concerned about capital punishment, and one that offers deeply philosophical and reflective views on one of the most controversial issues today. Whether you support or oppose the death penalty, Sarat's book is a powerful, probative, and thorough treatment of the subject, and will be well-received in many quarters."--Charles J. Ogletree, Jr., Jesse Climenko Professor of Law, Harvard Law School, and author of "All Deliberate Speed: Reflections on the First Half-Century of Brown v. Board of Education""Thought-provoking, gripping, well-researched, and always passionate, "Mercy on Trial" is a splendid book on one of our most controversial issues. You will be moved by it. You will want to discuss it. Austin Sarat is one of our greatest thinkers in the areas of jurisprudence and ethics. Must reading."--Harlan Coben, author of "Tell No One," "Just Look," and "Gone for Good""A thoroughly approachable and enjoyable read, "Mercy on Trial" is an in-depth exploration of the pardoning power and the paradox of a legal power that is not legally reviewable. With his usual interdisciplinaryflair, Austin Sarat brings together law, current events, political history, and philosophical theory, and does so in a way that is illuminating and instructive."--David Garland, New York University, author of "The Culture of Control"Sarat, Austin is the author of 'Mercy on Trial What It Means to Stop an Execution', published 2007 under ISBN 9780691133997 and ISBN 0691133999.