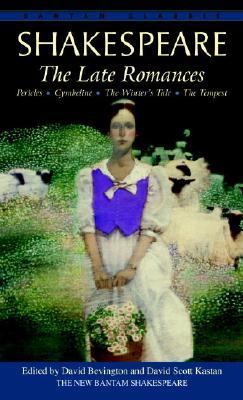 Pericles Introduction Pericles is a deceptively simple play. Although it was popular in its own time and in recent years has proved to be successful and deeply moving on stage, the play may seem naive and trivial on the printed page. Its apparent lack of depth seems espe- cially striking when we compare it with its contemporaries, King Lear, Macbeth, Timon of Athens, and Antony and Cleopatra. It purports to be the work of a medieval poet, John Gower, who, as presenter, or chorus, apologizes to his sophisticated Jacobean audience ("born in these latter times / When wit's more ripe") for the "lame feet of my rhyme" and the quaintness of his ditty (1.0.1112; 4.0.48). The narrative offers a series of sea voyages, separations, hairbreadth escapes, and reunions. Thrilling circumstances abound: Pericles fleeing the wrath of Antiochus; Pericles's wife, Thaisa, giving birth to their daughter, Marina, on board ship in the midst of a gigantic storm; and Marina later being rescued by pirates from a would-be murderer only to be sold by her new captors to a house of prostitution. Time leaps forward from Pericles's own youth to that of his daughter. The action takes place in remote lands, shifting constantly back and forth among six eastern Mediterranean localities: Antioch, Tyre, Tarsus, Pentapolis, Ephesus, and Mytilene. Conventional devices of plot include the expounding of riddles, the discovery of incest at court, the exposure of infants to the hostile elements, the miraculous restoration of life after seeming death, the appearance of the gods in a vision, and recognition of long-lost loved ones by means of signs or tokens. These are the attributes of popular romance, a distinctly old-fashioned genre in 16061608, when Pericles was apparently written. Robert Greene had composed prose romances of this sort in the 1580s and early 1590s, including Pandosto, Shakespeare's source for The Winter's Tale. Sir Philip Sidney's Arcadia had endowed romance with noble eloquence and literary fashionableness, but that, too, was in the late 1580s. (The name "Pericles" may well owe something to the Arcadia's Pyrocles, though Shakespeare may also have been attracted to the Pericles of fifth-century Athens and to the mellifluous quality of the name.) One source for Pericles itself, a prose history of Apollonius of Tyre by Laurence Twine, was registered for publication in 1576, although no edition exists before that of 1594 or 1595. Earlier accounts of Apollonius (as the hero was originally named), going back to Greek romance, include a ninth-century Historia Apollonii Regis Tyri, Godfrey of Viterbo's Pantheon (c. 1186), John Gower's Confessio Amantis (c. 13831393), and the Gesta Romanorum. Why did Shakespeare's company refurbish such an outmoded romantic story in 16061608? The puzzle is aggravated by questions of authorship and textual reliability. The editors of the First Folio did not include Pericles in the canon of Shakespeare's plays. Perhaps they experienced copyright difficulties or could not lay their hands on the playbook, but it is also possible they either suspected or knew that Shakespeare was not the sole author. Printed editions were available to them: the First Quarto of 1609 and the subsequent quartos of 1609, 1611, and 1619, each based on the preceding edition. The First Quarto was, however, a bad text with occasional glaring contradictions. In 1.2, for example, Pericles's lords wish him a safe journey when no one has yet spoken of his departure, and Helicanus rebukes these same lords for flattery even though they have not said anything remotely sycophantic. Other scenes present similar difficulties, especially in the first two acts. The characters do not always seem consistent: ClShakespeare, William is the author of 'Late Romances', published 1988 under ISBN 9780553212884 and ISBN 0553212885.