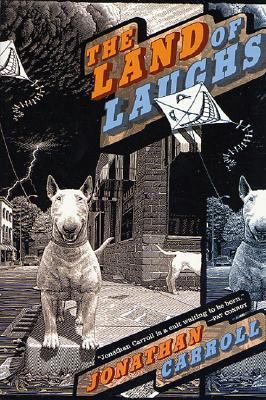 1 "Look, Thomas, I know you've probably been asked this question a million times before, but what was it really like to be Stephen Abbey's" "Son?" Ah, the eternal question. I recently told my mother that my name isn't Thomas Abbey, but rather Stephen Abbey's Son. This time I sighed and pushed what was left of my cheesecake around the plate. "It's very hard to say. I just remember him as being very friendly, very loving. Maybe he was just stoned all the time." Her eyes lit up at that. I could almost hear the sharp little wheels clickety-clicking in her head. So hewasan addict! And it came straight from his kid's mouth. She tried to cover her delight by being understanding and giving me a way out if I wanted it. "I guess, like everyone else, I've always read a lot about him. But you never know if those articles are true or not, you know?" I didn't feel like talking about it anymore. "Most of the stories about him are probably pretty true. The ones I've heard about or read are." Luckily the waitress was passing, so I was able to make a big thing out of getting the bill, looking it over, paying itanything to stop the conversation. When we got outside, December was still there and the cold air smelled chemical, like a refinery or a tenth-grade chemistry class deep into the secrets of stink. She slipped her arm through mine. I looked at her and smiled. She was prettyshort red hair, green eyes that were always wide with a kind of happy astonishment, a nice body. So I couldn't help smiling then too, and for the first time that night I was glad she was there with me. The walk from the restaurant to the school was just a little under two miles, but she insisted on our hiking it both ways. Over would build up our appetites, back would work off what we'd eaten. When I asked her if she chopped her own wood, she didn't even crack a smile. My sense of humor has often been lost on people. By the time we got back to the school we were pretty chummy. She hadn't asked any more questions about my old man and had spent most of the time telling me a funny story about her gay uncle in Florida. We got back to Founder's Hall, a masterpiece of neo-Nazi architecture, and I saw that I had stopped us on the school crest laid into the floor. Her arm tightened in mine when she noticed this, and I thought I might as well ask then as anytime. "Would you like to see my masks?" She giggled a giggle that sounded like water draining from a sink. Then she shook her finger at me in a no-no-naughty-boy! way. "You don't mean your etchings, do you?" I had hoped that she might be half-human, but this dirty little Betty Boop routine popped that balloon. Why couldn't a woman be marvelous for once? Not winky, not liberated, not vacuous... "No, really, you see, I have this mask collection, and" She squeezed me again and cut off the circulation in my upper arm. "I'm just kidding, Thomas. I'd love to see it." Like all tight-fisted New England prep schools, the apartments that they gave their teachers, especially single teachers, were awful. Mine had a tiny hallway, a study that was painted yellow once but forgot, a bedroom, and a kitchen so old and fragile that I never once thought of cooking there because I had to pay all of the repair costs. But I had sprung for a gallon of some top-of-the-line house paint so that at least the wall that the collection was on would have a little dignity. The only outside door to the place opened onto the hallway, so coming inCarroll, Jonathan is the author of 'Land of Laughs' with ISBN 9780312873110 and ISBN 0312873115.