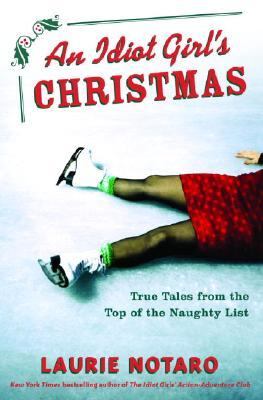 What I Really Want for Christmas This year, I've finally come face-to-face with the truth: I'm getting crap for Christmas. I guess it really shouldn't bother me, and should come as absolutely no surprise. I always get crap for Christmas. I, however, do not get as much crap as my friend Kate does when she goes home to Minnesota for the holidays, and then she has to haul all of the crap halfway across the continental United States. This year, to avoid the disappointment of asking for a leather jacket and getting a windbreaker with a reindeer on it instead (last year's tragedy), Kate has determined that she will beat her family at their own game. She is a genius. We were out to dinner when she unfolded her ultimate plan of brilliancy. "Last night, my mom called and asked what I wanted for Christmas," Kate said. "And I thought for a minute, and I really wanted to say, 'It doesn't matter, because you'll just get me the first thing you see with a sale sticker on it at Wal-Mart.' And then I decided, why be disappointed? I'm never going to get what I ask for, so I told my mom, 'What I really want is some dish towels with puffy decals on them, preferably of a Christmas character, the cheapest washcloths ever made, and the biggest, whitest pairs of underwear you can find at Sears. That's what I want.' " According to Kate, her mother giggled with delight. "Ooooh," she cooed, "that will be easy!" So I'm taking the same route. This year, I've made my list and I've checked it twice, so this one's for you, Mom, who never fails to get me enough white cotton briefs to outfit a convent for a whole year, and other people who see fit to unload the Crap Wagon on me on what is SUPPOSED to be the Happiest Day of the Year. It is the DISNEYLAND OF DAYS, but I always end up hauling shit home that belongs only on a shelf at Goodwill. And no, it is not the thought that counts when the thought is "Only a little is missing. She'll never know I used this." What I Really Want For Christmas by Laurie Notaro What I really want for Christmas is a Big Mouth Billy Bass or a Travis the Singing Trout. The more the better, especially now that they're available in outlet stores for ninety-nine cents, being that their novelty has worn a rut into the ground deeper than the Oregon Trail. I could hang them on my wall all together, like they would be in real life in a lake. They are the funniest things I've ever seen, and I never get tired of hearing them sing. Pick out a whimsical hat for me, something you've never seen another person wear that just beckons to you from the hat stand as you point to it and exclaim in uncontained excitement, "THAT is Laurie!" If it resembles something a character from the classic ensemble Fat Albert or Captain Stubing of The Love Boat would wear or something you've seen on a pimp, it probably belongs on my head. If it has feathers on it, all the betterafter all, who knows my style better than people who don't even know that acrylic gives me hives, and will be expecting me to wear it when they come to visit. Always on my list is a scrumptious delicacy from my mother's favorite Wax Candle Baked Goods store. I don't know where my mother found a wax store that specializes in baked-goods and pastry candles, but she did. Good work, Mom! Mmmm, mmmmm, just imagine a whole box of cupcakesmoist, rich chocolate cake underneath a virtual mushroom cloud of marvelous buttercream frosting, bursting with a delicious, irresisNotaro, Laurie is the author of 'Idiot Girl's Christmas True Tales From The Top Of The Naughty List', published 2005 under ISBN 9781400064366 and ISBN 1400064368.