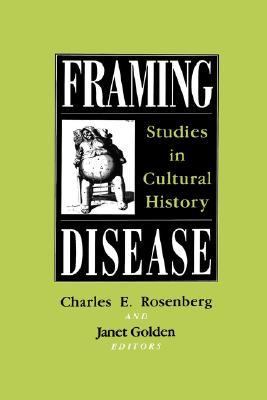 "In some ways disease does not exist until we have agreed that it does, by perceiving, naming, and responding to it," writes Charles E. Rosenberg in his introduction to this stimulating set of essays. Disease is both a biological and a social phenomenon. Patient, doctor, family, and social institutions--including employers, government, and insurance companies--all find ways to frame the biological event in terms that make sense to them and serve their own ends. Many diseases discussed here--endstage renal disease, rheumatic fever, parasitic infectious diseases, coronary thrombosis--came to be defined, redefined, and renamed over the course of several centuries. As these essays show, the concept of disease has also been used to frame culturally resonant behaviors: suicide, homosexuality, anorexia nervosa, chronic fatigue syndrome. Disease is also framed by public policy, as the cases of industrial disability and forensic psychiatry demonstrate. Medicl institutions, as managers of people with disease, come to have vested interests in diagnoses, as the histories of facilities to treat tuberculosis or epilepsy reveal. Ultimately, the existence and conquest of disease serve to frame a society's sense of its own "healthiness" and to give direction to social reforms. The contributors include Steven J. Peitzman, Peter C. English, John Farley, Christopher Lawrence, Michael Macdonald, Bert Hansen, Joan Jacobs Brumberg, Robert A. Aronowitz, Gerald Markowitz, David Rosner, Janet A. Tighe, Barbara Bates, Ellen Dwyer, John M. Eyler, and Elizabeth Fee. Charles Rosenberg is Janice and Julian Bers Professor of the History of Science at the University of Pennsylvania. Janet Golden is an assistantprofessor of history at Rutgers University.Rosenberg, Charles E. is the author of 'Framing Disease Studies in Cultural History', published 1992 under ISBN 9780813517575 and ISBN 0813517575.