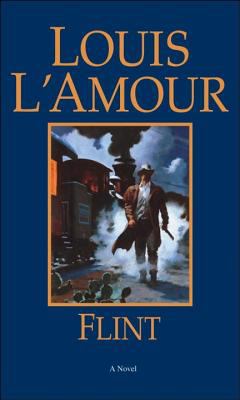 Chapter One It is given to few people in this world to disappear twice but, as he had succeeded once, the man known as James T. Kettleman was about to make his second attempt. If he did not succeed this time he would never know it, for he would be dead. When a man has but a few months to live, he can, if he so wills, choose the manner of his going, and Kettleman had made such a choice. He was now on his way to a place of which he alone knew, and there he would die. He would die as he had livedalone. It was ironic that he who hated the West should return there to die, but like a wild animal which knows when death is upon it, he was seeking a dark and lonely place where he could die in peace, and in his own way. At this moment no man in the railroad car looked stronger, more alive, more resolute, yet the seed of death was in him and the plant had but a little while to grow. There were five people in the car. The lights were dim, the passengers lay sprawled in uncomfortable sleep. The train rushed westward through the cold, clear night, carrying the man steadily toward his final destination. A very pretty young woman, who had got on at Santa Fe, sat a few seats ahead of him and across the aisle. Farther front, three men were seated, each traveling alone. Occasionally the conductor entered, accompanied by a blast of cold air. Several times he added fuel to the cast-iron stove. People interested Kettleman only as prospective antagonists, and of the men in the car only one seemed likely to fit that category. He was a straw-haired man with a lean and dangerous look, like a wolf among sheep. The girl was tall, gracefully slender, and her brown eyes had a way of looking directly at a man that was frank without boldness. Kettleman decided she was a girl who had been much around men, that she was used to them and liked them. Her name was Nancy Kerrigan. He overheard it when she was giving directions for packages to be placed in the baggage car. The country outside was invisible. The windows had steamed over, and the train moved as if through an endless tunnel. To Kettleman it did not matter, for he knew every foot of this roadbed and the surrounding country from descriptions which had come to his desk in New York. The high plain was broken at intervals with long ridges and outcroppings of lava, and in the mountains there was marketable timber. When he began planning his second disappearance, Kettleman had gone over all available reports and maps. They were climbing steadily. Ahead were high mesas, more lava, and occasional ruins. Soon the train would slow for a long, steep grade. When that time came he would step off the train into the darkness. His destination was familiar only from a description given him fifteen years ago, over a campfire, by a man who had often used the place for a hideout. When he left the train he would return to the oblivion from which he had emerged fifteen years earlier. Then James T. Kettleman would cease to existalthough actually he had ceased to exist a few days ago, in Virginia. For the few weeks that remained to him he would be nameless once more. To disappear the first time had been relatively easy for the lanky, seventeen-year-old youngster he was then. No one noticed him when he came into the saloon at The Crossing that night with Flint. It was not until the brief silence that followed the blasting of guns that their attention was drawn to him by the cocking of his gun. The men who killed Flint had scarcely seen the boy until that moment, but, within the space of five seconds, five of them were shot dead and two were dying. Two more were wounded, but would live to carry the memory of that shocking five seconds to their graves. And in the darkness after the lights had been shot out, the boy had carried Flint from the room. There was a doctor at an ArL'Amour, Louis is the author of 'Flint' with ISBN 9780553252316 and ISBN 0553252313.