Essentials of Intellectual Property for the Paralegal 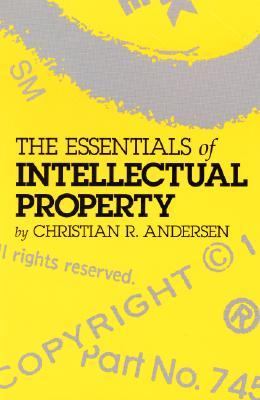 The field of intellectual property law has experienced tremendous growth in recent years due to the ever increasing importance of businesses competing in the global marketplace. This competition has fostered heightened awareness of the value of intellectual property assets and an interest in the protection of such assets internationally. The concept of intellectual property is also referred to as "industrial property" and includes such assets as patents, trademarks, and copyrights. Patents A patent is a right granted by the government of a country that excludes other parties from making, using, or selling an invention. In order to be patentable in the United States as autility patent,an invention must be a new and useful process, machine, article of manufacture, or composition of matter. For example, a mechanical or electrical process, a machine such as a boat engine, an article of manufacture such as a hand tool, and chemical compositions such as plastic are patentable. Adesign patentcovers original and ornamental designs for an article of manufacture. Inventions are patented for a limited period of time in each country. There is no such thing as an "international" patent that protects an invention around the world. Once a patent expires, the invention may be freely used by anyone in that country. Trademarks Atrademarkis any word, name, symbol, device, or any combination thereof that is used by a manufacturer or merchant to identify its products or services and to distinguish them from the products or services of others. For example, the mark EXXON identifies the oil products and serrvices of Exxon Corporation and distinguishes them from the MOBIL oil products and gas station services of the Mobil Oil Company. In the United States, trademark rights are based on use in the marketplace and not on registration. While registration of a trademark provides the owner with important advantages and benefits, registration is not a prerequisite to trademark rights. Rights in the trademark will last as long as the trademark is used in the marketplace. In many foreign countries, however, rights in a trademark are granted to the first party to register the trademark, irrespective of whether the trademark has been used. As with patents, there is no such thing as an international registration that protects a trademark globally. For the most part, separate trademark applications must be filed in each country. There are, however, multinational treaties and arrangements that provide for the registration of a trademark in numerous countries, such as the filing of a Benelux application covering Belgium, Luxembourg and the Netherlands. Another example is the filing of a European Community trademark application covering all 15 countries of the European Union. Copyright Copyright protects the particular expression of an idea that is created and fixed in a tangible form, such as writing or an audiovisual work. Copyrightable works cover the following: categories: literary works musical works, including accompanying words dramatic works, including accompanying music, pantomimes and choreographic works pictorial, graphic and sculptural works motion pictures and other audiovisual works sound recordings architectural works. Copyright protection does not extend to any idea, procedure, process, system, method of operation, concept, principle, or discovery. It is not the general idea but, rather, the specific expression of an idea, that is protectable under copyright law. A copyright is created the moment a copyrightable work is created and fixed in a tangible form. For example, the moment I write down an original poem on a piece of paper, I have a copyright in that poem. The copyright is owned by the author who created the work. There is no requirement for regAndersen, Christian R. is the author of 'Essentials of Intellectual Property for the Paralegal' with ISBN 9780929563442 and ISBN 0929563441.