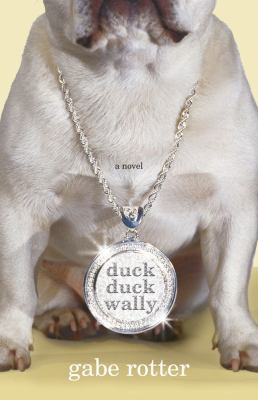 chizapter 7 "Tuck your shirt in, Mosco. You look like a schlub." Two hours later Jerry and I were waiting for the elevator on our way up to meet the folks at Bionic Books, a small publishing company out of Santa Monica. "It's not like I had time to go home and change into something nice, Jerry." He tilted his head downward and peered at me over his silver-framed sunglasses, one eyebrow raised in doubt. "Wally, my boy, no offense, but you don't reallyhaveanything nice." "That's not true, Jerry...Yeah. Yeah. I guess it is kinda true." Like he was one to talk. Jerry looked like a used car salesman from the Valley, but I didn't say anything. I needed him to be in his best form. "This is crazy, Jerry. I can't believe we're here!" "Let's not start suckin' each other's dicks quite yet," Jerry responded. "Ha ha.Reservoir Dogs.Right?" "What?" "Reservoir Dogs."He looked at me like I was speaking Portuguese. "That line you just said is from the movieReservoir Dogs.Right? Or was itPulp Fiction?" The elevatorpinged!The shiny chrome-mirrored doors slid open. Several tired faces in business suits exited the car. "What are you talkin' about, Mosco?" "'Let's not start suckin' each other's dicks quite yet.' " A serious-looking woman wearing short blond hair and a business suit threw me a disgusted look as she brushed past. "Tarantino. Right?" I realized he wasn't listening to me anymore. He was focused on some notes he'd taken on a yellow legal pad. There were only five buttons on the elevator panel. Each one had a different company name adjacent to it. I pushed the one that said Bionic Books. "Listen, Mosco, we go in there, and I run the show. Okay? You with me?" "Jerry, these are my stories, I want to pitch -- " "No. Listen, Mosco. You let me do the talking in there. You're there just to let them know you're serious about this. You're not some uppity jerkoff who sent his agent to handle his matters for him." "But, Jerry, I'm passionate about these, don't you think that comes throu -- " "No. Listen. You done this before, Mosco?" "No, but don't you think I shoul -- " He reached into his pocket and handed me his business card. He extended his hand for me to shake, and I did. "Hi. Jerry Silver.Agent."He pointed under his name on the card where it said "agent" in puffy, silver italic letters. "Let me handle everything. Okay?" The elevatorpinged!and the doors slid open again. I gave Jerry a defeated look, and we stepped into the cheerful, well-lit lobby of Bionic Books. Large, multicolored, goofy cartoon letters spelled out the company name on the wall behind the receptionist's desk. Horrible Muzac filled the room; I'm pretty sure it was a clarinet-only version of the '90s hit "I Saw the Sign" by Swedish pop foursome Ace of Base. The ebullient receptionist was all smiles from the moment we cleared the threshold. "Hiiiiiii! Welcome to Bioniiiiic!" she sang, way too excited to see us. She looked like a woman who spent most of her time socializing with the ten or twelve cats she most certainly had running about her small apartment. "Hi -- " I blurted. "Hello, sweetheart," Jerry interrupted. "We're here to see...'' He looked down at a little notebook in his hand. "Gary Carter and Howard Johnson." I wondered if I was the only one who found it amusing that Gary Carter and Howard Johnson were both names of guys who played on the 1986 World Series Champion New York Mets. "Greeeaat, grrreat. What are your names please, hon? Well,hons!"She giggled at her own swell joke. "Jerry Silver and Wallace Q Moscow, honey." "Okeee pokeee! Here y'are! I'll let the guys know you're here. Have a seat, hons." Giggle giggle. I was tempted to punch her in the nose. Jerry and I moved to the red-leather-and-chrome chairs and took a seat. The reception area was adorned with large framed posters on each wall. Each poster illustrated what I assuRotter, Gabe is the author of 'Duck Duck Wally' with ISBN 9781416537878 and ISBN 1416537872.