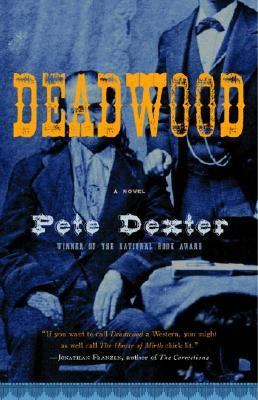 The boy shot Wild Bill's horse at dusk, while Bill was off in the bushes to relieve himself. It was lucky for everybody but the horse that it happened when it did, but not so lucky it had to be God's hand in it. It always took Bill a while in the bushes--it wasn't dusk when he'd gone in there--and things have to happen sometime. The boy's name was Malcolm Nash. He was the younger brother of Charley Utter's wife, and had ridden with Charley and thirty-six mules up from their home in Empire, Colorado, first to Cheyenne, where they met Bill, and then east and north toward the Black Hills. Charley always had a hard time saying no to his wife. The boy tried to be helpful, but anything he couldn't break, he lost. The more Charley studied his awkward deportment, the more he wondered at the unreliable nature of human jizzom. The boy and Charley's wife didn't look like each other, even the coloring, and the boy hardly spoke. It was something Charley wouldn't have minded studying, the contrary results of spilled seed. The boy was a strong back, though, and he was polite. He addressed Bill as Mr. Hickok and called everybody else by the same names that Bill did, and he carried a broken-handled old Smith & Wesson in a sash around his waist, butt-first, the way Bill carried his Colts. Charley had been against bringing the boy from the first suggestion. In his wife's eyes, that amounted to a confession of all the unsafe and unfaithful behavior he and Bill got into when he was away from home. It was peculiar, the way her feelings about Bill had changed. She'd spoken well of him before they were married, and once told Charley he was half famous just for being his friend. Of course, Bill had seen her compromised since. The boy had no such reservations. Bill had made four visits to Colorado in the last ten years, to hunt bear or watch Charley get married or just get drunk, and Bill was always good to him, keeping the whores and whiskey out of his gunfight stories so he'd grow up right. Bill did not recognize the boy when they all met in Cheyenne, but said it was because Malcolm had become a man. The boy would have worn carrots in his hat if Bill did. They'd left Colorado late in the spring, Charley and Malcolm and the mules, and met Bill in Cheyenne, where he was organizing a wagon train. They got to his rooming house at seven o'clock in the morning, June 22. The lady superintendent reported Bill had already combed his hair and walked up the street to the Republican Hotel for cocktails, which she implied was his morning habit. "I expect he'll be back in half an hour, walk through the door carrying a full glass of whiskey, and finish his toilet," she said. Charley wasn't surprised. It was the history of things that Bill would wear out his welcome. Charley saw the lady was not going to invite them in to wait, and so he and the boy walked down the street too, and found Bill standing at the far end of the Republican Hotel bar, squinting into the light from the doorway as they came in, trying to decide if it was trouble. Charley had been to Cheyenne in March, when Bill had married the famous circus performer Agnes Lake, and even getting married, Bill had been in a brighter mood than he was now. "Did you know they held elections last week?" he said when he saw who it was. Charley said, "Where?" "Right here. Cheyenne." Bill was a good American but he never liked elections. It was like the railroads, an unrefutable sign that things were going to hell. "The new city officers have published a list of fifty men they charged with vagrancy," he said. "Put it up all over town, issued warrants for the arrests." Charley waited. Bill pulled a piece of paper out of his sash and unfolded it on the bar. Charley bent over and looked. The boy stood still, watching everything they did. The list was alphabetical, and most of the names on it Charley recognized for tDexter, Pete is the author of 'Deadwood', published 2005 under ISBN 9781400079711 and ISBN 1400079713.