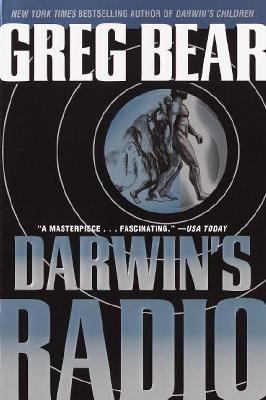 The Alps, near the Austrian Border with Italy AUGUST The flat afternoon sky spread over the black and gray mountains like a stage backdrop, the color of a dog's pale crazy eye. His ankles aching and back burning from a misplaced loop of nylon rope, Mitch Rafelson followed Tilde's quick female form along the margin between the white firn and a dust of new snow on the field. Mingled with the ice boulders of the fall, crenels and spikes of old ice had been sculpted by summer heat into milky, flint-edged knives. To Mitch's left, the mountains rose over the jumble of black boulders flanking the broken slope of the ice fall. On the right, in the full glare of the sun, the ice rose in blinding brilliance to the perfect catenary of the cirque. Franco was about twenty yards to the south, hidden by the rim of Mitch's goggles. Mitch could hear him but not see him. Some kilometers behind, also out of sight now, was the brilliant orange, round fiberglass-and-aluminum bivouac where they had made their last rest stop. He did not know how many kilometers they were from the last hut, whose name he had forgotten; but the memory of bright sun and warm tea in the sitting room, the Gaststube, gave him some strength. When this ordeal was over, he would get another cup of strong tea and sit in the Gaststube and thank God he was warm and alive. They were approaching the wall of rock and a bridge of snow lying over a chasm dug by meltwater. These now-frozen streams formed during the spring and summer and eroded the edge of the glacier. Beyond the bridge, depending from a U-shaped depression in the wall, rose what looked like a gnome's upside-down castle, or a pipe organ carved from ice: a frozen waterfall spread out in many thick columns. Chunks of dislodged ice and drifts of snow gathered around the dirty white of the base; sun burnished the cream and white at the top. Franco came into view as if out of a fog and joined up with Tilde. So far they had been on relatively level glacier. Now it seemed that Tilde and Franco were going to scale the pipe organ. Mitch stopped for a moment and reached behind to pull out his ice ax. He pushed up his goggles, crouched, then fell back on his butt with a grunt to check his crampons. Ice balls between the spikes yielded to his knife. Tilde walked back a few yards to speak to him. He looked up at her, his thick dark eyebrows forming a bridge over a pushed-up nose, round green eyes blinking at the cold. "This saves us an hour," Tilde said, pointing at the pipe organ. "It's late. You've slowed us down." Her English came precise from thin lips, with a seductive Austrian accent. She had a slight but well-proportioned figure, white blond hair tucked under a dark blue Polartec cap, an elfin face with clear gray eyes. Attractive, but not Mitch's type; still, they had been lovers of the moment before Franco arrived. "I told you I haven't climbed in eight years," Mitch said. Franco was showing him up handily. The Italian leaned on his ax near the pipe organ. Tilde weighed and measured everything, took only the best, discarded the second best, yet never cut ties in case her past connections should prove useful. Franco had a square jaw and white teeth and a square head with thick black hair shaved at the sides, an eagle nose, Mediterranean olive skin, broad shoulders and arms knotted with muscles, fine hands, very strong. He was not too smart for Tilde, but no dummy, either. Mitch could imagine Tilde pulled from her thick Austrian forest by the prospect of bedding Franco, light against dark, like layers in a torte. He felt curiously detached from this image. Tilde made love with a mechanical rigor that had deceived Mitch for a time, until he realized she was merely going through the moves, one after the other, as a kind of intellectual exercise. She ate the same way. Nothing moved her deeply, yet sheBear, Greg is the author of 'Darwin's Radio' with ISBN 9780345459817 and ISBN 0345459814.