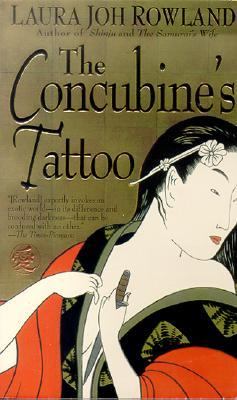 "It is my privilege to open this ceremony in which Sosakan Sano Ichiro and Lady Ueda Reiko shall be united in marriage before the gods." Pudgy, nearsighted Noguchi Motoori--Sano''s former superior and the go-between who had arranged the match--solemnly addressed the assembly gathered in Edo Castle''s private reception hall. On this warm autumn morning, sliding doors stood open to a garden resplendent with scarlet maple leaves and brilliant blue sky. Two priests, clad in white robes and tall black caps, knelt at the front of the hall before the alcove, in which hung a scroll bearing the names of the kami--Shinto deities. Below this, a dais held the traditional offerings of round rice cakes and a ceramic jar of consecrated sake. Two maidens, wearing the hooded cloaks of Shinto shrine attendants, stood near the priests. On the tatami to the left of the alcove knelt the bride''s father and closest associates: stout, dignified Magistrate Ueda and a few relatives and friends. To the right, the groom''s party consisted of Shogun Tokugawa Tsunayoshi, Japan''s supreme military dictator, dressed in brocade robes and the cylindrical black cap of his rank, attended by several high officials; Sano''s frail, elderly mother; and Hirata, Sano''s chief retainer. All eyes turned to the center of the hall, the focus of the ceremony.Sano and Reiko knelt side by side before two small tables--he in black ceremonial robes stamped with his family''s gold flying-crane crest, his two swords at his waist; she in a white silk kimono and a long, white silk drape that completely covered her face and hair. They faced a flat porcelain dish containing a miniature pine and plum tree, a bamboo grove, the statues of a hare and a crane: symbols of longevity, pliancy, and fidelity. Behind them, Noguchi and his wife knelt at a table reserved for the go-between. As the priests stood and bowed to the altar, Sano''s heart pounded. His stoic dignity hid a turmoil of emotion.The last two years had brought him continuous upheaval: the death of his beloved father; the move from his modest family home in the Nihonbashi merchant district to Edo Castle, Japan''s seat of power; a dizzyingly rapid rise in status and all the associated challenges. At times he feared his mind and body couldn''t withstand the relentless onslaught of change. Now he was marrying a twenty-year-old girl he''d met exactly once before, more than a year ago, at the formal meeting between their two families. Her lineage was impeccable, her father one of the wealthiest and most powerful men in Edo. But they''d never spoken; he knew nothing of her character. He barely remembered what she looked like, and wouldn''t see her face again until the end of the ceremony. To Sano, the tradition of arranged marriage now seemed like sheer madness--a potentially disastrous pairing of strangers. What perilous turn had his fate taken? Was it too late to escape? From her tiny bedchamber in the Edo Castle women''s quarters, the shogun''s newest concubine heard hurrying footsteps, slamming doors, and shrill feminine voices. The dressing rooms would be littered with opulent silk kimonos and spilt face powder, the servants rushing to finish dressing the two hundred concubines and their attendants for the sosakan-sama''s wedding feast. But Harume, weary of the suffocating presence of so many other women after only eight months at the castle, had decided to skip the celebration. Privacy was almost nonexistent in the crowded women''s quarters, but now her chambermates were gone, the palace officials busy. The shogun''s mother, whom Harume attended, hadn''t required her services today. No one would miss her, she hoped--because Harume meant to take full advantage of her rare solitude.She latched the door, then closed the shutters. On a low table she lit oil lamps and incense burners. The flickering flames cast her shadow against the mullioned paper walls; the incense smoked, sweetly pungent. A hushed, secretive atmosphere permeated the room. HarumRowland, Laura Joh is the author of 'Concubine's Tattoo' with ISBN 9780312969226 and ISBN 0312969228.