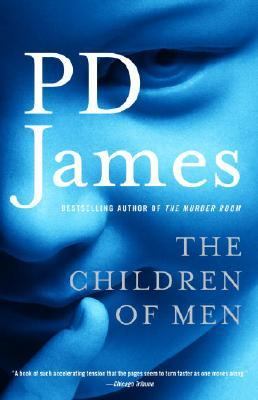 BOOK ONE OMEGA JanuaryMarch 2021 1 Friday 1 January 2021 Early this morning, 1 January 2021, three minutes after midnight, the last human being to be born on earth was killed in a pub brawl in a suburb of Buenos Aires, aged twenty-five years two months and twelve days. If the first reports are to be believed, Joseph Ricardo died as he had lived. The distinction, if one can call it that, of being the last human whose birth was officially recorded, unrelated as it was to any personal virtue or talent, had always been difficult for him to handle. And now he is dead. The news was given to us here in Britain on the nine o'clock programme of the State Radio Service and I heard it fortuitously. I had settled down to begin this diary of the last half of my life when I noticed the time and thought I might as well catch the headlines to the nine o'clock bulletin. Ricardo's death was the last item mentioned, and then only briefly, a couple of sentences delivered without emphasis in the newscaster's carefully non-committal voice. But it seemed to me, hearing it, that it was a small additional justification for beginning the diary today; the first day of a new year and my fiftieth birthday. As a child I had always liked that distinction, despite the inconvenience of having it follow Christmas too quickly so that one present it never seemed notably superior to the one I would in any case have received had to do for both celebrations. As I begin writing, the three events, the New Year, my fiftieth birthday, Ricardo's death, hardly justify sullying the first pages of this new loose-leaf notebook. But I shall continue, one small additional defence against personal accidie. If there is nothing to record, I shall record the nothingness and then if, and when, I reach old age as most of us can expect to, we have become experts at prolonging life I shall open one of my tins of hoarded matches and light my small personal bonfire of vanities. I have no intention of leaving the diary as a record of one man's last years. Even in my most egotistical moods I am not as self-deceiving as that. What possible interest can there be in the journal of Theodore Faron, Doctor of Philosophy, Fellow of Merton College in the University of Oxford, historian of the Victorian age, divorced, childless, solitary, whose only claim to notice is that he is cousin to Xan Lyppiatt, the dictator and Warden of England. No additional personal record is, in any case, necessary. All over the world nation states are preparing to store their testimony for the posterity which we can still occasionally convince ourselves may follow us, those creatures from another planet who may land on this green wilderness and ask what kind of sentient life once inhabited it. We are storing our books and manuscripts, the great paintings, the musical scores and instruments, the artefacts. The world's greatest libraries will in forty years' time at most be darkened and sealed. The buildings, those that are still standing, will speak for themselves. The soft stone of Oxford is unlikely to survive more than a couple of centuries. Already the University is arguing about whether it is worth refacing the crumbling Sheldonian. But I like to think of those mythical creatures landing in St. Peter's Square and entering the great Basilica, silent and echoing under the centuries of dust. Will they realize that this was once the greatest of man's temples to one of his many gods? Will they be curious about his nature, this deity who was worshipped with such pomp and splendour, intrigued by the mystery of his symbol, at once so simple, the two crossed sticks, ubiquitous in nature, yet laden with gold, gloriously jewelled and adorned? Or will their values and their thought processes bJames, P. D. is the author of 'Children of Men', published 2006 under ISBN 9780307275431 and ISBN 0307275434.