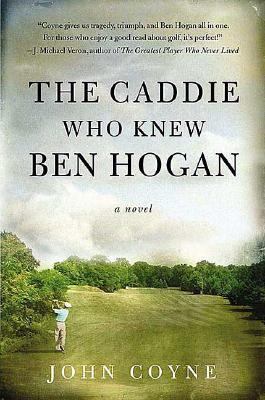 Chapter One Memories are magic. Our lives come back to us with the edges smoothed out, those long-ago days all sunny and bright with southern breezes and sapphire skies, and we hardly notice the dark and threatening clouds that frame the picture. I state that nowat the very beginning of my afternoon talkas a cautionary comment. I have been kindly asked by your anniversary committee chairman, Dr. Hughesand thank you, Doug, for inviting meto recall when the Chicago Open was played at this course, an anniversary you can surely be proud of. I once heard a pro say his club had no history because Ben Hogan never played there. By that standard, your club is rich in history, for Ben Hogan played here in the summer of 1946. Yesterday, when I first arrived, I walked out onto the first tee and was thrilled to see your golf course again, so much more majestic and manicured than I recalled from my caddie days. I congratulate you on your success in keeping this grand clubhouse, indeed all the grounds, the tennis courts, the lawns and fields, in such wonderful condition. You honor your past by preserving it with such loving care. My new book is entitled Ben Hogan's Lesson. But it's not a fan's memoir. Nor is it an academic treatise, even though I was a college professor and I have done a great deal of research on the history of golf. This book is my attempt to tell the truth of what occurred in '46 at this historic Chicago Open, filled as it was with tension and drama, brilliant golf, and a terrible tragedy. When I reviewed the program for this weekend, I realized something: Of all of us, I am the only one who was actually at the club that year. Dr. Hughes, and you can correct me, Doug, began caddying a year later. True, I was only fourteen in 1946, but it was an important time in my life. A few months earlier my father had been killed serving with the army in Europe, and I felt adrift in the world. It was Hogan who got me back on course. What he taught me became the touchstone for how I would live my life. And that is the story I will tell you this afternoon. My tale begins, however, not with Hogan, but with someone you've probably never heard of: Matt Richardson, a name not mentioned, I see, in the program of anniversary events, even though he played an important part in Ben Hogan's time at this country club. Matt came from Gatesburg, Illinois. He was nineteen or twenty, a tall, gangly, handsome guy with thick blond hair, cut short in the style of the day, bright blue eyes, and the shy and serious manner of a small-town boy from southern Illinois. A high school graduate, he had been drafted in '44, and after V-E Day he was discharged and played briefly on the winter tour before coming here to the country club early that spring to become our assistant pro. Everyone at the club adored Matt: young girls, wives, mothers, men and women, and caddies like myself. Matt had this incredible ability to lift our spirits. He'd say hello and you'd feel as if you were the most important person in his life. And he didn't do it on purpose, to manipulate you. He never wanted anything from anyone. That was his gift, and his great charm. He also had another rare gift: a velvety, natural swing. Anyone who follows golf knows there are two kinds of players: shotmakers and ballstrikers. In his day, Ben Hogan was both. And so was Matt Richardson. He hit a golf ball in ways none of us had ever seen, with a long, loose, perfectly cadenced stroke. The balls Matt hit flew off the club face and rose effortlessly into the sky. One thought at first they might never return, and then, far up against the sky, the small white ball would appear to pause andCoyne, John is the author of 'Caddie Who Knew Ben Hogan ', published 2007 under ISBN 9780312371258 and ISBN 031237125X.