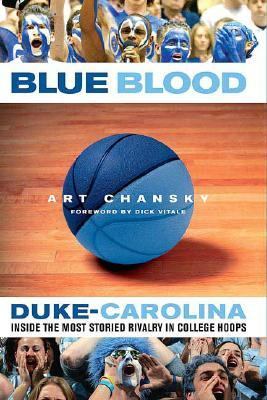 Chapter One Tides of March Under the glint of the newly redesigned 2005 NCAA Tournament trophy, North Carolina's first in twelve years, many Tar Heel fans could not fully enjoy the moment. Their latest national championship had been achieved in the unlikeliest of waysby a second-year head coach, who finally had assuaged the anger he caused from first turning down the UNC job in 2000, leading a largely bastardized team of players that former coach Matt Doherty had recruited. Roy Williams was back to stay, for sure, despite almost annual offers to coach the in-flux Los Angeles Lakers. But the stepchildren who had won his first NCAA title after four previous trips to the Final Four at Kansas would not be back, that much was almost certain. Three were graduating and the other top four players were underclassmen who were all likely to enter the NBA draft. Even after their team cut down the nets in St. Louis, returning Carolina to national prominence following a turbulent transition from the Dean Smith era, the specter of archenemy Duke loomed as large as ever. The Blue Devils still dominated the rivalry in recent years, beating Carolina in fifteen of the last eighteen meetings and running up unprecedented strings of ACC regular season and tournament championships. And, Duke was not losing its entire team. Supposedly, only one starter, senior Daniel Ewing, was departing after All-American and ACC Player of the Year J. J. Redick reaffirmed his decision to stay for his senior year and All-ACC center Shelden Williams, the best shot-blocker and post defender in Duke history, also decided not to test the NBA. "I want to accomplish some of the same things Carolina did," Williams said in his announcement to return. Both programs were bringing in stellar recruiting classes for the 200506 season, but Duke's was rated higher, led by McDonald's All-Americans Greg Paulus and Josh McRoberts. Heading Carolina's class was Tyler Hansbrough, a big white center like so many others that had anchored Roy Williams's Kansas teams, but he would have few seasoned players to help his adjustment. Duke was loaded. The ever-increasing Blue Devil fan base, pervasive everywhere but in the state of North Carolina, was already licking its collective chops over next year's Final Four in Indianapolis, where the Dukies had won the first of their three national championships in 1991. As was the case a year before, when after Roy Williams turned down the job privately and Mike Krzyzewski freaked out another first-year Duke president, Dick Brodhead, by publicly flirting with the Lakers (he had done the same to Nan Keohane in 1994 over an offer from Portland), the off-season found both basketball juggernauts in the news. Tar Heel players Raymond Felton, Sean May, Rashad McCants, and Marvin Williams, who together with seniors Jawad Williams, Jackie Manuel, and Melvin Scott represented 90 percent of their team's scoring, 80 percent of its rebounds and assists, and all but 20 of its blocked shots, indeed turned pro and were all NBA lottery picksthe first time four underclassmen from the same program had ever gone in the first round. Duke junior Shavlik Randolph, among the most highly recruited prep players in North Carolina history and grandson of N.C. State legend Ronnie Shavlik, also applied for the NBA draft despite averaging only six points a game. The stunning announcement followed widespread reports of financial trouble in his family. His father, Kenny Randolph (a UNC graduate), had filed bankruptcy for two of the businesses he and his family had inherited from Ronnie Shavlik. Krzyzewski was miffed that Randolph did not follow his advice to stay in school and made plansChansky, Art is the author of 'Blue Blood Duke-carolina Inside the Most Storied Rivalry in College Hoops', published 2006 under ISBN 9780312327880 and ISBN 0312327889.