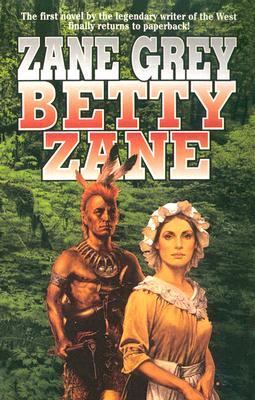 CHAPTER I The Zane family was a remarkable one in early days, and most of its members are historical characters. The first Zane of whom any trace can be found was a Dane of aristocratic lineage, who was exiled from his country and came to America with William Penn. He was prominent for several years in the new settlement founded by Penn, and Zane street, Philadelphia, bears his name. Being a proud and arrogant man, he soon became obnoxious to his Quaker brethren. He therefore cut loose from them and emigrated to Virginia, settling on the Potomac river, in what was then known as Berkeley county. There his five sons, and one daughter, the heroine of this story, were born. Ebenezer Zane, the eldest, was born October 7, 1747, and grew to manhood in the Potomac valley. There he married Elizabeth McColloch, a sister of the famous McColloch brotheres so well known in frontier history. Ebenezer was fortunate in having such a wife and no pioneer could have been better blessed. She was not only a handsome woman, but one of remarkable force of character as well as kindness of heart. She was particularly noted for a rare skill in the treatment of illness, and her deftness in handling the surgeon's knife and extracting a poisoned bullet or arrow from a wound had restored to health many a settler when all had despaired. The Zane brothers were best known on the border for their athletic prowess, and for their knowledge of Indian warfare and cunning. They were all powerful men, exceedingly active and as fleet as deer. In appearance they were singularly pleasing and bore a marked resemblance to one another, all having smooth faces, clear cut, regular features, dark eyes and long black hair. When they were as yet boys they had been captured by Indians, soon after their arrival on the Virginia border, and had been taken far into the interior, and held as captives for two years. Ebenezer, Silas, and Jonathan Zane were then taken to Detroit and ransomed. While attempting to swim the Scioto river in an effort to escape, Andrew Zane had been shot and killed by his pursuers. But the bonds that held Isaac Zane, the remaining and youngest brother, were stronger than those of interest or revenge such as had caused the captivity of his brothers. He was loved by an Indian princess, the daughter of Tarhe, the chief of the puissant Huron race. Isaac had escaped on various occasions, but had always been retaken, and at the time of the opening of our story nothing had been heard of him for several years, and it was believed he had been killed. At the period of the settling of the little colony in the wilderness, Elizabeth Zane, the only sister, was living with an aunt in Philadelphia, where she was being educated. Colonel Zane's house, a two story structure built of rough hewn logs, was the most comfortable one in the settlement, and occupied a prominent site on the hillside about one hundred yards from the fort. It was constructed of heavy timber and presented rather a forbidding appearance with its square corners, its ominous looking portholes, and strongly barred doors and windows. There were three rooms on the ground floor, a kitchen, a magazine room for military supplies, and a large room for general use. The several sleeping rooms were on the second floor, which was reached by a steep stairway. The interior of a pioneer's rude dwelling did not reveal, as a rule, more than bare walls, a bed or two, a table and a few chairsin fact, no more than the necessities of life. But Colonel Zane's house proved an exception to this. Most interesting was the large room. The chinks between the logs had been plastered up with clay and then the walls covered with white birch bark; trophies of the chase, Indian bows and arrows, pipes and tomahawks hung upon them; the wide spreading antlers of a noble buck adorned the space above the mantel piece; buffaloGrey, Zane is the author of 'Betty Zane ' with ISBN 9780812534658 and ISBN 0812534654.