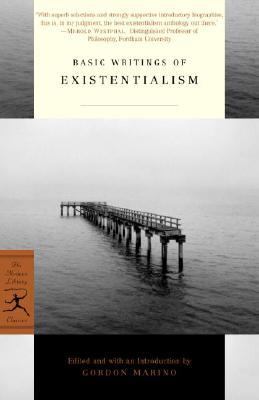 FROM FEAR AND TREMBLING Problema I Is there a Teleological Suspension of the Ethical? The ethical as such is the universal, and as the universal it applies to everyone, which from another angle means that it applies at all times. It rests immanent in itself, has nothing outside itself that is its sekoy [end, purpose] but is itself the sekoy for everything outside itself, and when the ethical has absorbed this into itself, it goes not further. The single individual, sensately and psychically qualified in immediacy, is the individual who has his sekoy in the universal, and it is his ethical task continually to express himself in this, to annul his singularity in order to become the universal. As soon as the single individual asserts himself in his singularity before the universal, he sins, and only by acknowledging this can he be reconciled again with the universal. Every time the single individual, after having entered the universal, feels an impulse to assert himself as the single individual, he is in a spiritual trial [Anfagtelse], from which he can work himself only by repentantly surrendering as the single individual in the universal. If this is the highest that can be said of man and his existence, then the ethical is of the same nature as a person's eternal salvation, which is his sekoy forevermore and at all times, since it would be a contradiction for this to be capable of being surrendered (that is, teleologically suspended), because as soon as this is suspended it is relinquished, whereas that which is suspended is not relinquished but is preserved in the higher, which is its sekoy. If this is the case, then Hegel is right in "The Good and Conscience," where he qualifies man only as the individual and considers this qualification as a "moral form of evil"4 (see especially The Philosophy of Right), which must be annulled [ophavet] in the teleology of the moral in such a way that the single individual who remains in that stage either sins or is immersed in spiritual trial. But Hegel is wrong in speaking about faith; he is wrong in not protesting loudly and clearly against Abraham's enjoying honor and glory as a father of faith when he ought to be sent back to a lower court and shown up as a murderer. Faith is namely this paradox that the single individual is higher than the universalyet, please note, in such a way that the movement repeats itself, so that after having been in the universal he as the single individual isolates himself as higher than the universal. If this is not faith, then Abraham is lost, then faith has never existed in the world precisely because it has always existed. For if the ethicalthat is, social moralityis the highest and if there is in a person no residual incommensurability in some way such that this incommensurability is not evil (i.e., the single individual, who is to be expressed in the universal), then no categories are needed other than what Greek philosophy had or what can be deduced from them by consistent thought. Hegel should not have concealed this, for, after all, he had studied Greek philosophy. People who are profoundly lacking in learning and are given to cliches are frequently heard to say that a light shines over the Christian world, whereas a darkness enshrouds paganism. This kind of talk has always struck me as strange, inasmuch as every more thorough thinker, every more earnest artist still regenerates himself in the eternal youth of the Greeks. The explanation for such a statement is that one does not know what one should say but only that one must say something. It is quite right to say that paganism did not have faith, but if something is supposed to have been said thereby, then one must have a clearer understanding of what faith is, for otherwise onMarino, Gordon is the author of 'Basic Writings of Existentialism', published 2004 under ISBN 9780375759895 and ISBN 0375759891.