A Trip To The Beach: Living On Island Time In The Caribbean 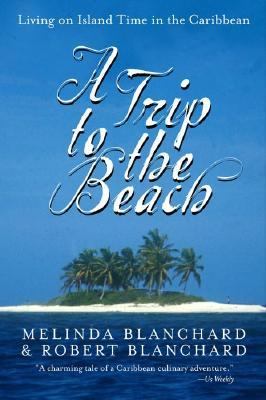 From the air Anguilla looked narrow, flat, and scrubby, but that was only part of the picture. In my mind, I saw the real Anguilla: sea grape and crimson flamboyant trees, women steadying pails of water on their heads, sand that might have been poured from a sack of sugar, the cool terra-cotta floors of the Hotel Malliouhana. The sunshine alone was enough to make me smile. Stepping off the plane, I felt the breeze from the east, scented by the hibiscus that grew alongside the terminal. Those cool currents made the sun seem unthreatening. Poor Bob, with his fair complexion, would be pink in a matter of minutes. In Anguilla it is customary to greet everyone with a courtly "Good morning" or "Good afternoon." As we approached the young woman at the immigration counter, we were greedy enough to hope for more. We'd seen her many times on our visits to the island. We wanted to be recognized, to be told that we were different from mere tourists--connected. "Good afternoon," the young woman said, smiling. "Welcome back." Anguilla had begun to cast its spell. As our taxi made its way westward--slowing for potholes, speed bumps, people, goats--I counted the ways I loved this little island. Unlike its neighbors, Anguilla (rhymes with vanilla and pronounced Ann-gwilla) had no casinos, no duty-free shopping, and no cruise ships. Visitors here looked for less, not more. They tended to arrive one or two at a time and not in packs. Their intentions were simple: to walk on the beach, go snorkeling, read a good book, take a dip in the water. They'd found a place where handmade signs beckoned them to Easy Corner Villas, Sandy Hill, and Blowing Point. Drawn to this tiny British outpost only sixteen miles long, they appreciated the rhythm, the balmy pace. Little schoolgirls in handmade uniforms skipped along the road, holding hands. The idyllic life on Anguilla isn't an illusion manufactured for tourists. The island's standard of living is higher than its neighbors'. No gambling means no gambling problems. Limited work permits for outsiders ensures plenty of jobs for locals. This is a country with no taxes, where a dollar earned is an actual dollar. There is no unemployment, and eighty-five-degree temperatures with sunshine almost every day. Life is good. There are several world-class hotels on the island, all criminally luxurious. Over the years we had alternated between them, savoring their brands of exquisite tranquillity. One, Cap Juluca, boasts villas with Moroccan-style domes, and bathrooms so vast that they have their own gardens. Another, Malliouhana, was created--and is lovingly cared for--by a retired English gentleman whose lifelong dream had been to preside over such a hideaway. Here life is serene, with white stucco arches, ceiling fans that seem to lull away one's cares, and a breathtaking view of the clear turquoise water from the top of a cliff. Our taxi driver, Mac Pemberton, had driven us around the island many times, but that day was different. He had called us in Vermont with urgent news. We had spoken about opening a beach bar in Anguilla, and he had promised to help find us a spot. Now he had scheduled a meeting for us to meet Bennie, the landlord of an abandoned restaurant. It wasn't a notion from the blue. Many years earlier, when Jesse was five, Bob and I had taken him to Barbados, where we'd spent a wonderful morning hunting conch shells and building an enormous sand castle complete with moat. By the time we finished we were ravenous, but there were no restaurants in sight. So we set off down the beach. We were all three healthy and brown with sun; even Bob had gotten past the sunburn stage. Jesse danced in and out of the surf, laughing at nothing and everything. I felt preposterously lucky. A good meal would complete the experience. After about a mile we spotted a picnic table. A short distance away was a man leaning back in aBlanchard, Melinda is the author of 'A Trip To The Beach: Living On Island Time In The Caribbean' with ISBN 9780609606940 and ISBN 0609606948.